Welcome to Randhir's blog!!! You will find links to popular categories/posts on your right. If you are new here, please subscribe to our RSS Feed and visit Randhir's website at www.randhir.net

Now that I'm back in India and my US season has come to an end, I thought of putting together my stats. This was more my way of re-visiting the best cricketing moments of the last two years.

My first match: A decent start but unfortunately run out. Bright spot was that we managed to win our first game. This team FoursNSixes was what became my 2006 Team (UCC). A merger of sorts of COSARC and FoursNSixes.

My first Fifty: COBCA was one of the top teams in the league and the eventual 2006 Champions. So to score a fifty against them and especially when the team was down and out at 30/6 odd was a real nice feeling. Even though we fell short that day, at one point when we were looking at about 60 in six overs, we actually went all out for a victory and we could see that the opposition was panicking.

Other 2005 games: Although every game was memorable, the other unforgettable game is the game against Akron in the 20/20 Tournament where I had the ankle injury that rendered me hors'de'kombat for a good two months. Chasing a score of 190 odd, powered by a Quick Fire knock by our captain Vishal and a good 40 odd by yours truly, we were well on our way to victory when a mini collapse left us in a situation where with five overs to go, we had about 30 runs to get but we'd lost all our wickets. This was on one of the hottest days of the season and end of the game, virtually every person in our team was injured in some way or the other. Unfortunately, scores of these mini-tournaments are not on the www.

Game against KCC: This was my first big innings of the tournament when people in my new team first recognized my talent. Before that I'd done pretty ok in practice but in practice pretty much everyone is a big hitter in our team. So that doesn't count for much. The sad part is that we couldn't convert this into a victory due to several dropped catches and missed run outs.

Game against UC: This was a do or die match for us. A loss here would have meant that we were out of the tournament. It was the same for our opponents too. And this being an away game made it tougher for us. Getting up at 7 in the morning, driving two hours to Cincinnati, playing in a new ground - the odds were against us. A superb batting performance despite a slow start took us to 231, our highest score for the season. The last 16 overs after I went into bat, we made 160 runs - some amazing hitting. We almost squandered the advantage by our poor bowling and fielding - but a last over run out got us the game by 7 runs and we were into the next round.

Game of the Season This was the game against last year's losing finalists. We were very much the underdogs. We did well to restrict them to 180 although we could have kept them down to lower. When I went into bat, we still needed about 80 odd runs at run a ball. We did well to keep the score board ticking and kept us in the game. A rush of blood and I was out with about 15 to win of 21 balls and 4-5 wickets in hand. My wickets was followed by two quick wickets and everyone started panicking. Were we going to lose this one after doing so well? Eight to win off the last over and a first ball six by Subodh sealed the match!!! Wild celebrations followed. We partied hard long into the night celebrating this wonderful victory.

Last game of season Another do or die battle but this time we fell short. An away game where we went in two bowlers short and paid dearly for it. 258 runs in 35 overs is virtually unachievable. At one point with me and Chandru (Prasad) going great guns we were very much in the game. But with him going out to a loose shot and the next 2-3 overs going for next to nothing, the asking rate went upto about 12 and became virtually impossible. I played with a runner after my second Ankle injury (Both seasons, injured myself in the last game of the season ... luckily) and did pretty ok. I fell to one tired awful slog and with that went the game and our chances of making it to the semis.

All in all, had an amazing time playing cricket. Thank you Midwest Cricket League for giving me this opportunity. Will try and come back some point in the future. :-)
Posted by Unknown 1 comment: Links to this post
Email ThisBlogThis!Share to TwitterShare to FacebookShare to Pinterest
Labels: Cricket

The question here is about doing an MBA. After ditching IIM BCLIK interviews 2 years back for an onsite assignment and an IIMB PGSEM seat because I wanted to play some Cricket and didn't want to stay away from Bangalore, am I really serious about doing it?

I know there is a lot of peer pressure because friends have done it or are doing it. Then there is the obvious where is my career going feeling of desperation. The question of "Do I want to end up like my boss" cursed by one and all a burden on earth :-)?

The only way out seems to be doing an MBA and hope that the path forward becomes clear during or once I'm done with the course. So went head first by signing up for GMAT on Oct 22nd since the general consensus seemed to be about 40 days of prep of 2 hours a day should be enough. What next? I've no idea. Ideally should start preparing ... but knowing me will probably not start till a week before D-Day.
Posted by Unknown 1 comment: Links to this post
Email ThisBlogThis!Share to TwitterShare to FacebookShare to Pinterest
Labels: Randhir 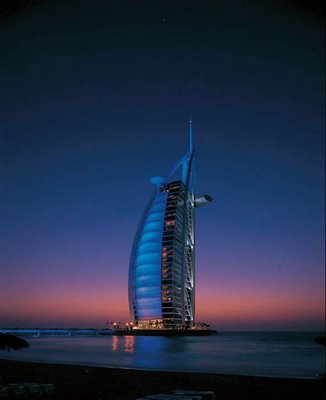 Here are some photos of my last two trips!!!

The New York trip was in the weekend of the 18th, 19th of August with Ravi alias R@W vI and Adi who lives in NJ. We visited some of the places I'd missed out on my previous NY trips like Madame Tussaud's and the Statue of Liberty and also re-visited other places like WTC, Empire State Building, Wall Street and the BULL!!!

The Dubai trip was on my return journey to India. Other than some shopping and sightseeing, met my cousin (Ravianna), his wife (Radhathige) two kids (Rohan and Rhea) and my friend (Satish a.k.a. Thatha). The highlight of the trip was the amazing bonding with the kids and the moment I first set my eyes on Burj 7 ******* hotel - supposed to be the only seven star hotel in the world.
Posted by Unknown No comments: Links to this post
Email ThisBlogThis!Share to TwitterShare to FacebookShare to Pinterest
Labels: Randhir

Back in BLR - Awesome feeling!!!

What a feeling to be back in India!!! Being with family, the loving hug from Appa and Amma, the the familiar roads, the amazing weaving through the traffic with all the honking (after seeing the patient drivers of America), just lazing away in my lawn chatting with parents, fighting over the remote with my Bro (we are planning to buy a third TV at home to avoid these eternal fights), my messy room which I intend to clean up over the next couple of days. The list of things which put me into this blissful state is endless.

The negative side is that I am feeling bad about not having contacted any of my friends so far. The reason is simple. I don't know have their contact numbers and I hate to send out a mail saying - well here I am guys!!! Sounds too arrogant for me. And am scared to hell about taking my bike out - I know I'll get over it soon though. Anyway since I am going to work on Wednesday, will hopefully start building my network again and for my old friends I've left behind in Columbus - I'll miss you guys!!! And sure you are missing me too!!!
Posted by Unknown 4 comments: Links to this post
Email ThisBlogThis!Share to TwitterShare to FacebookShare to Pinterest
Labels: Randhir
Newer Posts Older Posts Home
Subscribe to: Posts (Atom)